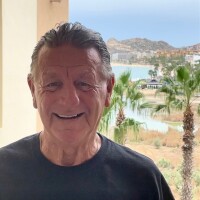 Allan was born and raised in New South Wales, Australia. He started to playing tennis at an early age, achieving success with State and National rankings. As an adult he was a 3-times winner of the NDLTA (Australia) Division 1 Team competition and after coming to the USA competed in Middle State/ Philadelphia doubles events until forced to retire from competitive tennis due to injuries.

Allan started coaching back in Australia during which time he worked under well-known Australian player/coach - Tony Roche (a 15-times Grand Slam Doubles Winner, Davis Cup Captain, and a coach of Grand Slam champions. Roger Federer, Ivan Lendl, and Patrick Rafter) Back in the USA, Allan worked with some of the easts top juniors taking them on several occasions to the National Titles in Kalamazoo, MI.

For all questions, please feel free to reach out to Allan Ruttley at aruttley@harrisonmeadowscc.com or call the tennis shop at 914-925-7001